UP North – A Non Fishing Trip To Michigan

June and early July were brutal; I’m sure I am not telling you all anything new? For me it was hard to believe how hot it was and when you add dry on top of it….well, cool breezes were just what the doctor ordered! Vickie and I left Missouri early on July 8th for home and except for a chewed up camper tire about an hour the other side of Terre Haute, our return went smoothly and we pulled into our property with about a 15 hour turn-around; early, 6:30am, found us up and loading 11 of my volleyball players for a trip to Mackinac Island and the Upper Peninsula of Michigan….oh, and lots of those cool breezes!

This year’s trip would be our second and like most things you learn and adjust with each occasion and that was indeed the case as I put my captains, Kristen Headdy and Vanessa Brown in charge of a few games along the 9 to 9 ½ hour trip to turtle island. My job was to keep the group moving and that was the case as we dropped into Mack City at 4:30pm on the nose…not a bad trip at all and the view ahead of the RBB bus was, well, glorious!

The girls, Vickie and I would be spending a couple days bonding before driving south to meet a few others; coaches and the others on our team in Ann Arbor, Michigan for a strenuous three day volleyball camp.

After ten hours in a bus the girls were both hungry and itching to get out and go…just go, and that is what we did. If you have never visited the Mackinaw City area and/ or Mackinac Island then you have missed one of the true gems of our country. There is something truly special in this small point that divides Lake Michigan and Lake Huron. The team would be spending the night on the mainland before departing the next morning at 9:30am via a Sheppler’s Ferry to the island. A little note…the 9:30am ferry is a special one and as of last year the state allowed a few of the ferries to take a longer route and travel out under the Mackinac Bridge and pass straight under the main span and this is a trip well worth the money.

I had made arrangements for all of us to stay at the legendary Grand Hotel and as the ferry neared closer to the island, traveling along its south side, the impressive Grand appeared and I have to say that each time it takes your breath away. The Grand is special…and this year it was very special, you see we would be there on its birthday, 125 years old and it still looked like it was a youngster! In fact I had chosen this date randomly to find out that July 10th would be a day of special celebrations; the pinnacle came later that night after an incredible dining experience as the many hotel staff owners and The Musser Family, invited all of the guest to partake in a 125 foot birthday cake. There under the 700 foot enclosed front porch of the Grand was the biggest cake I know I will ever see…and I must say it was delicious!

If you haven’t made it to Mackinac Island then you are really missing out on an adventure. The island itself was in 1979 home to the filming of the classic, “Somewhere in Time”, featuring Christopher Reeve and Jane Seymour. Now if you watch or have watched the film you will see much of the island, don’t be confused with the cars in the film as the island doesn’t allow any vehicles and the only forms of transportation are your legs, a bike or riding upon one of the many horse drawn vehicles….so, walk we did…along with some shopping and people watching. There is so much to do and this is a perfect place for a family of any age to spend time together. A couple years back I took my class to the island and we visited Fort Mackinac that sits high atop the island; we spent hours learning about the various military operations and a few skirmishes that have taken place. You can rent a bike for as little as $5 dollars an hour and ride the 8 mile perimeter of the island or you can just walk and walk and…well you could really get in shape over there.

While we absolutely hated to leave the island, we did. We took a quick right onto I-75 north and crossed the 5 mile Mackinac Bridge into the Upper Peninsula and in a few minutes we pulled into the Soo Locks at Sault Ste. Marie on the US/Canada border. There was once again lots of shopping for the kids and the museum by the locks was and is one of my favorite places.

If you don’t know much about the great lakes…then this is the place to learn. For some reason I had the tune to the Wreck of the Edmund Fitzgerald running through my head most of the morning as I looked up from the viewing deck to see the 768 foot John G. Munson pulling into the locks; a quick call to my orange leader, Kristen Headdy and the girls were on the viewing deck in time to watch this great vessel move through the locks from the lower St. Mary’s to the upper St. Mary’s, on its way to Lake Superior to deliver its 30,000 plus tons of cargo. The entire process of the locks and a ship of this size passing right in front of us was simply awe inspiring.

Our time UP north was splendid and refreshing. The girls were truly ladies and that pleased the old coach. I would like to someday travel abroad…but one of the rarest gems is kind of in our backyard! Set aside some time and point your compass north…to a point and place where time stands still, where cool breezes blow in from the Great Lakes and a family can truly Enjoy the Great Outdoors.

Get a Hand Crafted Fly Fishing Sign for your den, office, hearth or fly-tying area.. Click Here for details. 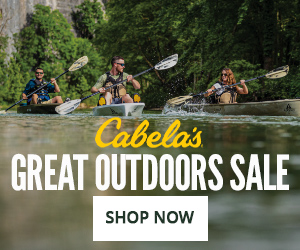