Maybe you are one of the many fishermen that have seen others in a float tube or have seen float tubers on TV or on YouTube; however, you just don’t know if one of these ‘contraptions’ is for you? How productive would it be…can I actually fish from this ‘thing’…how well would I be able to move around? These, and many others…are a lot of questions that I have fielded these past few years.

Just this past month I received such an email from Brian Payne. Brian is from here locally, in Terre Haute Indiana, and had watched one of my videos where I was fly fishing from a float tube. He contacted me a couple of weeks back and wanted to know if we could get together. After some follow up it was clear that Brian just wanted to have a ‘test-drive’ in a float tube and thus we made an appointment at a lake about halfway between the two of us and did just that….I put Brian in one of my float tubes, gave him some float tube instruction on how to maneuver, etc…

I have to say that Brian was one of the quickest learners I have had. It didn’t take long for him to start to grasp the idea of how to travel, turn one way or another and most importantly…how to reverse your course quickly. After about 30-45 minutes I handed him my 6 wt. fly rod and he started casting and moving the float tube along with some relative ease. Less than an hour later he had grabbed one of his own spin casting rods and was catching fish…his first ever fish from a float tube can be seen below.

The bottom line is simple…easier to try a tube out and know for sure one way or another…than it is to make an expensive purchase to find out this isn’t your cup of tea! That is where I enter into the equation; if you, like Brian are sitting on the fence…then contact me at flyfishingwithjeff@gmail.com and let me know how I can best help you. Not only did Brian absolutely love being in the tube, but this gave me time to float right beside him and show him various techniques that I have learned over the past 20 years. I was also able to give him some technical advice on set up of the float tube and some simple gear that will make his life easier.

If you too need some ‘float tube instruction’ or maybe you already have a tube and would like to learn how to better maneuver in the water, spin cast in the tube…or my specialty…how to be a successful fly-guy from a float tube…then contact me. I think you will find that my float tube instruction rate of $50/2 hour session will be well worth the cost and might just propel you onward and upward to doing some great things from your float tube. Don’t forget…that you can throw a float tube on your back (and take it out of the trunk of your car-no boat trailer needed) and take off for remote lakes that offer some super fishing without the crowds.

Lastly, a reminder that I do fly-casting lessons as well; my rate for these lessons is $40/90 minute first session (60 minute sessions after the first one). Like I have said many times…there are lots of people who will go pay for a golf lesson, why-to get better of course. Then why not pay for someone to help you become a better fly caster…just makes sense to me! 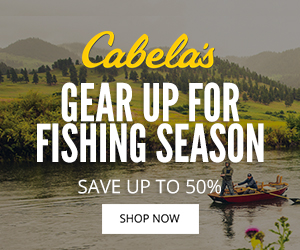